TPU composite film is a thermoplastic TPU elastomer. It is made of MDI containing NCO functional group and POLYOL and 1.4BG containing OH functional group after extrusion and mixing. Because of its good elasticity, good physical properties, and various mechanical strengths. very good. Therefore, it is generally used for production and processing such as injection, extrusion, calendering and dissolution into solution-based resin. Tpu composite film is a plastic material often used by plastic processors, and its products include industrial applications and civilian necessities.

3. Improve the professional ability of anti-damage: the benefit of the composite tape is that the thickness is increased. At the same time, the anti-damage properties of the PET release film can also make up for the lack of the TPU film.

4. Prevent anti-sticking: One side of the tpu composite film has an anti-sticking effect, so it is not easy to stick together when it is rolled up. It also has the properties of non-stick water. 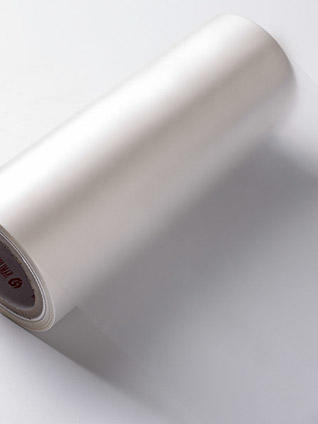 Back to all posts
PREV：Application of TPU film in multiple industries
NEXT：How much do you know about the advantages of TPU film?